The Hon’ble Prime Minister of India

Subject: Complaint requesting the removal of the Director, CBI and appropriate disciplinary and criminal action for abusing his official position to protect the accused involved in high profile corruption cases

I  am  writing  this  letter  to  bring  to  your  notice very  serious  and  shocking revelations,  relating  to  the  Director,  Central  Bureau  of Investigation,  Shri Ranjit  Sinha, which  have come into the public  domain in  the  last  few  days.

These revelations reflect very poorly on his integrity and show that Mr. Sinha has indulged  in  acts  which  are  completely  unbecoming  of  a  senior  police officer, holding the top post of the premier investigating agency of our country.

Mr. Sinha has been found to be acting in concert with some of the accused of high profile corruption cases like the 2g Scam and Coal Block allocation scam and,  thereby,  trying  to  influence  or  derail  the  investigation/prosecution  of those cases.

An abuse of the official position by any public servant to aid or abet illegal act or  to  give  undue  favour to  any  third  party amounts to  grave  misconduct and renders him liable for disciplinary action for the violation of Rule 3 of the CCS (Conduct)  Rules,  1964  and  also for  criminal  prosecution under  section  13  (1)

(d) of the Prevention of Corruption Act, 1988.  The instances of Mr. Sinha’s misconduct  are  given  in detail  in the  latest affidavit filed by me before the Hon’ble Supreme Court which is annexed hereto

as Annexure A1. Some of them are briefly mentioned herein below:

(I)  The Director, CBI, has made repeated attempts to jeopardize the CBI’s prosecution  case  against  accused  M/s Reliance  Telecom,  its  accused officials  Mr.  Gautam  Doshi,  Mr  Hari  Nair,  Mr.  Surendra  Pipala,  as well  as  the  case  against  M/s  Swan  Telecom,  Mr.  Shahid  Balwa  and Mr.  Vinod  Goenka.  He  tried  to  completely  reverse  the  stand the  CBI has  taken  in  its  charge-sheet  and  before  the  trial  court qua  afore-named accused by taking a decision to file separate reply affidavits in the  Supreme  Court  in  response  to  the  petition  filed  by  6  accused despite  the  fact  that  the  CBI  had  already  filed  a  consolidated  reply affidavit which was settled by the then Special Public Prosecutor, who was  appointed  by  the  Supreme  Court. Accordingly,  the  draft affidavits, reversing the earlier stands, were prepared and sent to the Spl.  Public  Prosecutor. The  then  ld.  Spl.  Public  Prosecutor, realising the  full  import  of  the  CBI  filing  the  proposed  affidavits,  categorically stated the proposed affidavits should not be filed at any stage under any  circumstances  and  highlighted  the  fact  that  the  proposed affidavits were contradictory to the CBI’s own chargesheets and stated that  any such  attempt  would tantamount  to  weakening  the  case  of the Prosecution in a fundamental way.

(II)  Apparently, on  22.07.2014,  the  CBI  Director  entered  a  noting  in response to the then Spl. Public Prosecutor’s letter stating that since the  Spl.  PP is  being  appointed  as a  Judge  of  the Hon’ble Supreme Court, CBI would “rake up” the issue after he is so appointed.

(III)  The DIG, Shri  Santosh  Rastogi,  who  is  the  investigating  officer,  had requested to  be  relieved  from  the investigations  as  the  CBI  Director was repeatedly trying to destroy the case. After this, Shri Rastogi was transferred  out  of  the  2G  case  investigations  by  the  CBI  Director because  of  the  firm  stand  taken  by  him.  This  was  done  despite  the fact that the Hon’ble Supreme Court has directed the CBI and ED not to make any change in the composition  of the 2G investigation team without  the leave of the Hon’ble Supreme Court.  Furthermore, the Director  CBI  initiated  disciplinary  proceedings  against  Shri  Rastogi and ordered that a cautionary note be issued to the officer.

(IV)  The CBI  had  developed  a  water-tight  case  against  former  telecom minister, Mr. Dayanidhi Maran, for favouring M/s Aircel, after it was bought over by M/s Maxis, by granting it several licenses which were refused earlier. The CBI had found a money trail in which a whopping Rs 650 crores were invested by M/s Maxis to buy shares at a hugely inflated price in a new company called Sun Direct TV, owned by Mr. Maran’s  brother.  All  the  investigation  officers  had  opined  that  a chargesheet  must  be  filed  and  even  the  Director  of  Prosecution  had said  that  chargesheet  ought  to  be  filed  in  the  matter.  But  the  CBI Director overruled them and stated that no case is made out.

(V)  As per the CBI Manual, where there is a difference of opinion between CBI Director and Director of Prosecution, the opinion of the Attorney General  is  sought.  Hence, an  opinion  of  the  Attorney  General  was sought,  who also  confirmed what  everyone  else  was  saying,  which  is that  a  chargesheet  ought  to  be  filed  against Mr.  Maran.  This  was, thus,  a  clear  attempt  on  the  part  of  the  CBI  Director  to  save  Mr. Maran and M/s Maxis, by overruling his own investigation officers in an  open  and  shut  case  of  bribery.  Even  after  the  Attorney  General gave  a  categorical  opinion,  the  Director  CBI  delayed  filing  of  the chargsheet, which  was  only  filed  after  the  an  application  seeking  his recusal was filed in the Supreme Court and only after the writ petition filed by Mr. Maran was dismissed by the Hon’ble Supreme Court.

(VI)  Recently, the entry register of 2013 and 2014 of the official residence of  the  CBI  Director,  i.e.  2,  Janpath,  New  Delhi,  has  now  been accessed  by  several  media  organisations.  It  shows,  quite  shockingly, that  the  CBI  Director  was  having  meetings  with  several  accused persons in prominent cases like 2G scam, coal scam, and with hawala operators,  several  of which  took  place late  at  night,  at  his  residence, without  any  of  the  investigation  officers  being  present. The  aforesaid entry register of CBI Director’s residence runs into hundreds of pages and  contains  thousands  of  hand-written  entries.  The  entries  contain specific details, including the name of the visitor, date & time of visit and  the  vehicle  number,  which  can  easily  be  verified from  the  police

personnel  of  ITBP  who  were  on  gate  duty  at  the  residence  of  the Director,  CBI,  and  their  names  are  Vinod  Singh  Negi,  Inspector, Rajkumar,  Head  Constable,  Subhash,  Constable  and  Khyali  Ram, Constable.

The  entry  register  shows  that  top  officials  of  the  Anil  Dhirubhai Ambani Group (ADAG) have met the Director, CBI, quite frequently in the last 15 months at his official residence. Two names are mentioned incompletely in the diary like Tony, Toni, Toni+Sir, Raman, Setu, Setu Raman  and  Toni+Setu. These  two  officials  appear  to  be  Tony Jesudasan (PR Manager and director in several ADAG companies) and AN  Sethuraman (group  president  of  ADAG). This  is  substantiated  by the fact that the cars in which they arrived at the residence of the CBI Director are reportedly registered in the name of ADAG.

These  visits  have  happened  contemporaneously  with  the developments mentioned above where the Director was attempting  to destroy the CBI’s prosecution case against accused Reliance and its 3 officers.  Some of the other prominent names which figure in the said register are as follows:

When  these  facts  came  to  light, Mr.  Sinha got  the  CBI  to  issue  a statement  that  these  revelations  are  a  lie  and  no  such  entry  register exists.  Later,  he  issued  a  statement  that  this  is  tantamount  to  an invasion of his privacy and he would sue the NGO, which has raised this issue before the Supreme Court in a PIL, for perjury. And then he issued a statement that some entries in the register are genuine while

the  others  are  forged.  Finally  he  again  changed  his  statement  and stated  that  there  is  nothing  wrong  in  meeting  the  accused. Then again,  in  an  interview  with  HT,  he  has  stated  that  he  was  meeting these people because you need a thief to catch a thief.

It  is  submitted  that  the  aforementioned  instances  clearly require immediate attention from your  office  and therefore, I request  you  to  kindly initiate the process of his removal from the post of the Director, CBI under Section 4 B (2) of  the  Delhi  Special  Police  Establishment  Act  and  also  initiate  appropriate disciplinary and criminal proceedings against him. It is important to take these actions urgently so that the dignity of the post which he is occupying could be restored and also the important corruption cases, which are being handled by the CBI under his supervision, could be saved from getting derailed. 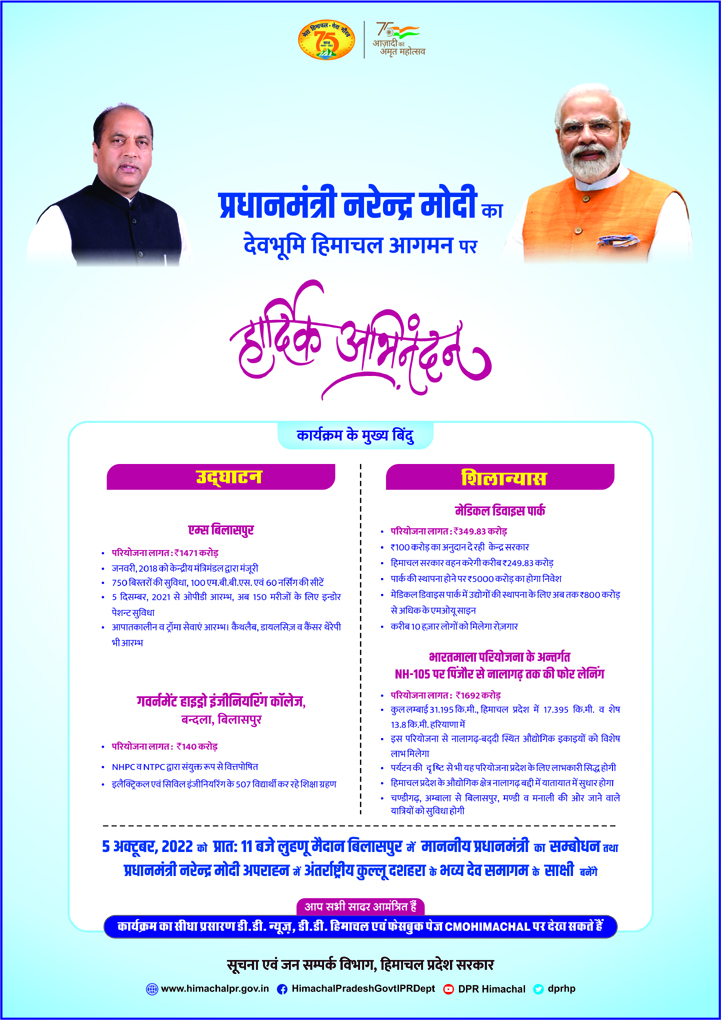